Initiated by His Majesty the King Mohammed VI, May God glorify him, the reconstruction project of the port area of Tangier has as its main objective to allow the city of the Strait to position itself as a key destination of the cruising and yachting tourism at the international level.

This project represents the renewal of the port infrastructure and gives the city of Tangier a unique tourist and cultural offer in Morocco. It is part of the development of many projects initiated throughout the Kingdom, aimed at modernising Morocco and opening it to the world.

The Project must respect the history and culture of the city and create a dynamic and a living space for all. Also, while ensuring the integration and development of the historic neighbourhood of the medina and its tourist coastline, the reconstruction of the port of Tangier city must take into account the development of several poles: yachting, cruising, ferry passenger , fishing , Hotels, cultural, events, trade, entertainment, residences and offices.

« Bringing the sea to the city.” and “Uniting the port with the city »

These are the two main ideas of this Major Project which will provide the city of Tangier and its region with beneficial effects through:

The port of Tangier city before and after : 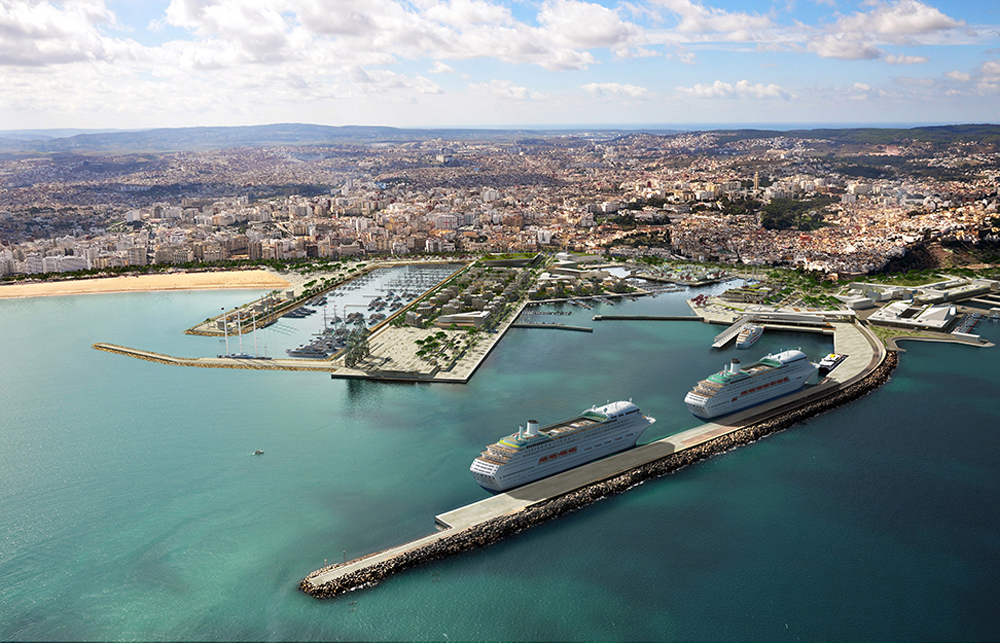 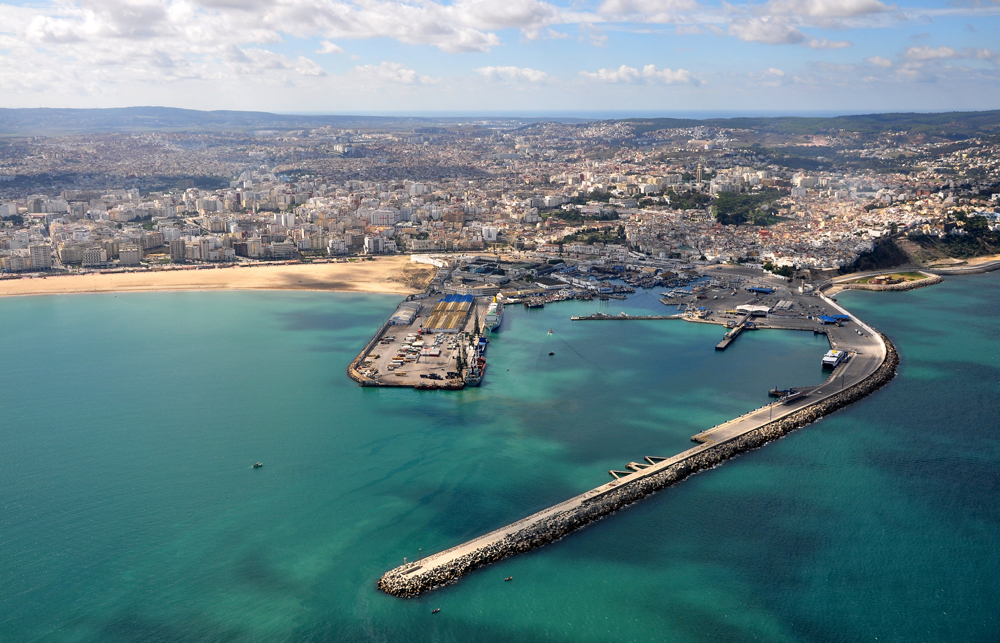 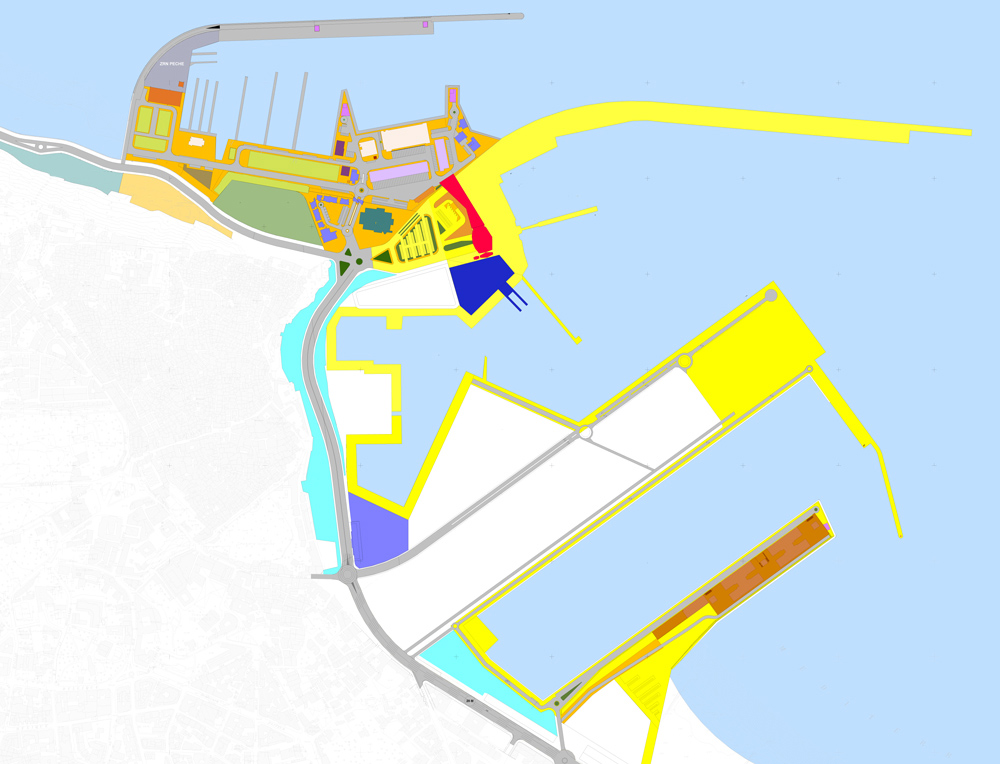 The project also takes into account the strengthening of the fast ferry passenger business.

The development of the harbour includes wintering and repair areas for yachts.

On the Peninsula of the marina, on the beach side, an entertainment area will house cafés and restaurants.

The project takes into account the port, the marina, port services, commercial and cultural offers, while respecting the environment and the integration of the city.

It extends over 160 hectares, of which 76 hectares are of basin and 84 hectares are of land. The main idea is to find a direct link between the Medina and the City in a 2400-meter long contact zone, from the foot of the kasbah to the end of the beach.

The 1610 rings available in the port of Tangier were made in 2 stages : 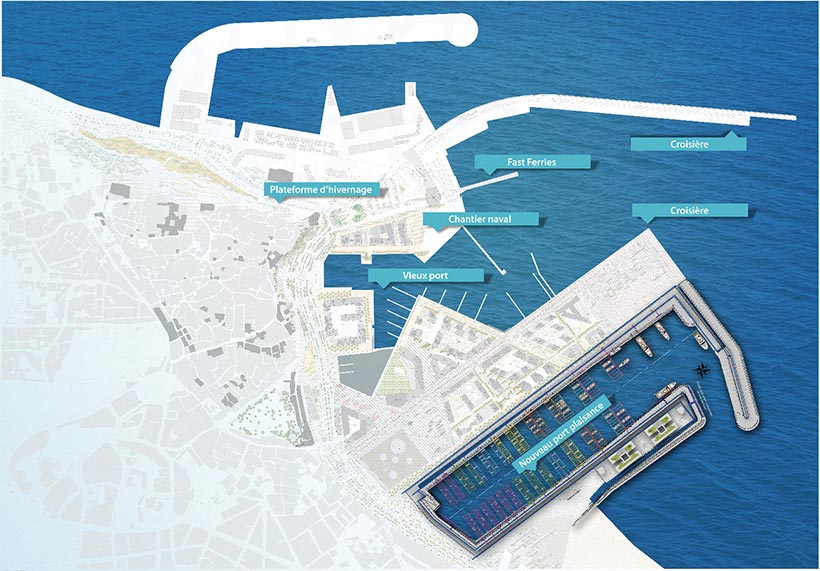 The new urban infrastructures represent a total of 54 hectares distributed as follows:

The project fits perfectly into the urban landscape of the city. In fact, the height of the new constructions is identical to that of the existing constructions except for a few emergences. It also includes an integrated, urban port complex, offering numerous services, accommodations and leisure activities: cruise, fast ferry, new fishing port, cultural facilities, public spaces, hotels, shopping and entertainment, residences and offices.

Throughout this reconstruction, the environmental aspect has been a major concern together with sustainable development and the preservation of nature. Numerous studies have been carried out for the respect of the environment. Similarly, a mobility solution preserving the environment has been developed; a cable car will be installed.

This reconstruction of Tangier City port into a marina of international dimensions accompanies and reinforces the major programme of urban renewal of the Tangier Metropolis project. An integrated and balanced project that aims not only to improve the daily life of the inhabitants, but it also seeks to make Tangier one of the great metropolises of the Mediterranean basin, and to strengthen its standing as a tourist destination; in order to receive 3 million visitors by 2020.

Tangier, the white city, is a city of exchange, cosmopolitan, mythical and rich in history. Located in the north of Morocco, it is ideally located in one of the most beautiful bays of the Mediterranean situated on the Straits of Gibraltar, less than 15 km from the Spanish coast.

It has a unique and strategic geographical location: at the crossroads between the Atlantic Ocean and the Mediterranean, between the West and the East, it is a real gateway between Europe and Africa. 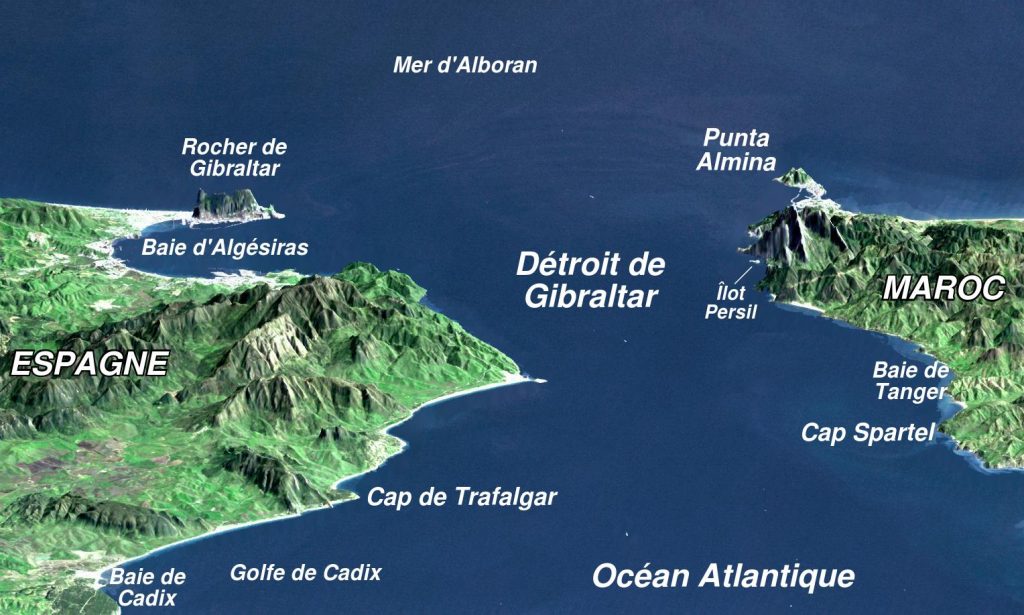 This exceptional and strategic location has made Tangier a coveted place for many civilizations. In fact, the different cultures have left a unique mark on the architecture of the city. Tangier has all the assets to regain its former status.

The port reconstruction project is a unique opportunity to rebuild the city – port relationship. Tanja Marina Bay, the first urban marina of the Kingdom, is naturally based on the exceptional geographical location and cultural wealth of the pearl of the Strait.

Tangier is also a gate that opens onto the cities of Asilah, Tetouan, Chaouen, Larache as well as all the hinterland; a region that harbours many riches.

A jewel of the north coast of Morocco, Asilah is a calm and beautiful destination on the Atlantic coast. Asilah enjoys a relaxing atmosphere and has beautiful, deserted and relaxing beaches. It is easily known thanks to its Mediterranean-style buildings: whitewashed houses with blue tones on the walls and doors.

Tetouan: Previously called “the daughter of Granada”, founded by those who fled the kingdom of Granada. The city shows the influence of al-Andalus and the Mediterranean, through its medina and the Ensanche. Tangier shares with Tetouan its Mediterranean character, being a place for meeting and for the spirit of freedom, reflected in its urban heritage. The city of Tetouan is famous for its most modern wealth: the Spanish architecture and urbanism of the 20th century. The medina of Tetouan is inscribed on UNESCO World Heritage List.

The destination is particularly known for its low, blue and white houses. It is the ideal destination to escape the crowds and breathe the tranquility. Chefchaouen is a great city for shopping of handicrafts. At about 660m above sea level, and with very little car traffic, you can breathe a clean, fresh air that invites you to spend a few days to discover the beauty of this place and its environment.